The Clock Is Ticking: Raising Business Capital In The Background Of Your Life

It’s like the equivalent of finding a $20 bill buried deep in your wallet! When you are working at saving capital, the best way to do it is to have it under the radar, so you don’t even notice you’re doing it. When you’re trying to save up money for a business, or any major purchase, it can take a long time, especially when finances are tight. So when you’ve got a goal in the not too distant future, and the clock is ticking, there are sacrifices that have to be made, but you’ve also got to find a foolproof plan to raise capital in numerous methods, especially if you work from home and have considerable life pressures. In this case, it’s about a combination of raising money in the background but also making some sacrifices. What’s the best combination? 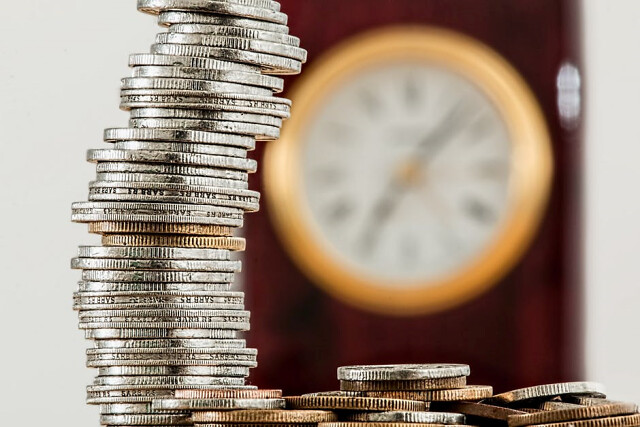 Highlighting You’ve Got Adequate Capital (Even Though You Don’t)

It is like when applying for a mortgage, you’ve got to go to the bank and show, in black and white, that your bank balance is capable of sustaining the repayments. In this respect, when you plan on going to the bank for a loan, it usually arises as a last-ditch attempt. But what if, instead, you show the bank that you’re able to keep up repayments by starting to save a couple of years in advance? In many ways, this seems counterproductive, but when you think about it from the perspective of the money lender, they want to see that you are able to sustain repayments as well as sustain the business. Many banks provide business loans, but it’s dependent on so many different factors, the business plan being one of them. And while you are slowly accumulating money, at the same time you can “percolate” ideas. Many banks want to see a few years’ worth of accounts before they even entertain the idea of lending money. So this is where you’ve got to be savvy in your saving. You’ve got to show them that you have enough money in your account, even though you don’t right now. And this means finding little ways for you to save money by making lifestyle changes. They don’t have to be incredible changes, but if you need to save a certain amount every year, but you can’t get any form of a cash injection, this is the only option. Any money you save, you can then put into a business account, so you’ve got enough in there and the bank can trust you.

Stocks And Shares = The Long Game

“Any money invested is at your own risk” goes the warning, but if you have a long-term goal, you can start investing now with the hope that you will get a return a couple of years down the line. Unfortunately, there is no quick fix to getting rich with stocks and shares, unless you are incredibly lucky. A lot of people don’t dare touch stocks or shares because it’s a foreign landscape, but instead, if you are working to raise capital for business, it doesn’t hurt for you to get involved in this avenue. Stocks and shares can provide a cash buffer when there’s no other form of income. And while it can be an intimidating arena to break into, taking advantage of a handful of stocks and shares that can bubble under the radar while you’re busy focused on other aspects of your business can be the equivalent of that pleasant surprise when you find $20 at the bottom of your wallet. But on the topic of a wallet, a digital wallet could come in handy at this juncture. PayPal accounts are one of the main ways people transfer money now, and when exchange rates are so expensive, it’s far better for the money to sit in a PayPal account. And when you are busy focused on other areas of raising capital, this is the digital equivalent of that spare note in the bottom of your wallet. This is money that you can put to good use- you could use PayPal for bitcoin purchases, or invest in stocks and shares that you wouldn’t consider normally. But as you’ve got some money spare, it’s worth the gamble. While in an arena where every penny counts, you’ve got to have a few irons in the fire so you can earn an undercurrent of money, no matter how little it is. And for any budding entrepreneur, you wouldn’t consider stocks and shares to be a sensible investment, especially when your finances can be put to better use elsewhere. But, at this point, if you are looking to plan way in advance, this can be a lifesaver when you least expect it to be.

Alternatives That Entered Your Mind (But You Didn’t Consider Doing)

When you are frantically scrambling your finances together, there are a lot of options that present themselves, especially in the business sphere, but for the average coltish business person, who has not started their ascent just yet, this can be a very intimidating world to enter into. You may not consider it to be a suitable line of inquiry, but asking friends or family for capital could help, especially if they have a substantial rainy day fund. Of course, this depends on your relationship with them. This is why so many other people would forgo this, and possibly go straight towards private investors, venture capitalists or angel investors. Because this can be an intimidating area, a lot of people go for the crowdfunding approach. You’d be surprised as to how much money you can raise for a business purely by crowdfunding alone. This can be perceived as a little bit cheeky, but because there are many companies out there that have gained traction by crowdfunding, it’s an alternative that can be lucrative, just as long as you know how to play the game.

In addition to this, there are sacrifices that have to be made if you want to raise a lot of money quickly. But for those people who are looking to start a company, because of the precarious situation they are put in, with limited finances, and the fact that the banks won’t touch it with a barge pole; this is where a plan of attack needs to be implemented. The clock is ticking, but don’t feel bound by the pressure.

Filed Under: Business Talk
You Can Sell Online Without Having to Create Your Own Website!
Career Risks That Are Worth Taking